The minimum monthly salary went up for the fifth time this year today, rising from Bs. 136,543.40 to Bs. 177,507.00, or $4.29 per month at the black market exchange rate. The surprise announcement was made by Maduro during a televised address this evening.

The 30% increase in salary means that, when combined with the monthly food subsidy, a Venezuelan worker earning the minimum monthly figure will bring home a total of Bs. 456,507, approximately $11.06 at the black market rate.

Maduro explained that the raise takes effect immediately. He made the announcement by saying:

I am now announcing an increase in the salary starting November 1, today, which will be paid out tomorrow in cash to workers across the country as well as pensioners throughout the week, and which will have a direct impact on the payment of the [Christmas bonuses] and all of the special payments that our people receive in December.

In Venezuela, it is common for workers to receive a Christmas bonus from their employer, which is known locally as an aguinaldo.

Maduro also explained that the increase was in direct response to the work of “the enemies”, whom he listed as speculators, the opposition, and a website that posts the black market currency exchange rate called DolarToday. Maduro and the PSUV contend that the country’s economic troubles are the direct result of a collection of enemies, both foreign and domestic, who are working together to destroy the Venezuelan economy.

During the same address, Maduro announced that a new bill worth Bs. 100,000 would enter circulation tomorrow. The bill will become the highest denomination to circulate in Venezuela. It is worth approximately $2.42 at the black market exchange rate.

Maduro also outlined a bold vision for currency in Venezuela, saying that he hoped that 85% of all transactions next year would take place electronically with the effect of eventually fully eliminating physical currency.

The announcement of the introduction of the new bill took the country by surprise, since Maduro had not hinted at the measure previously.

Some users on Twitter reacted mockingly to the announcement. One user noted the fact that the new Bs. 100,000 bill looks virtually identical to the Bs. 100 bill, save for a colour change: 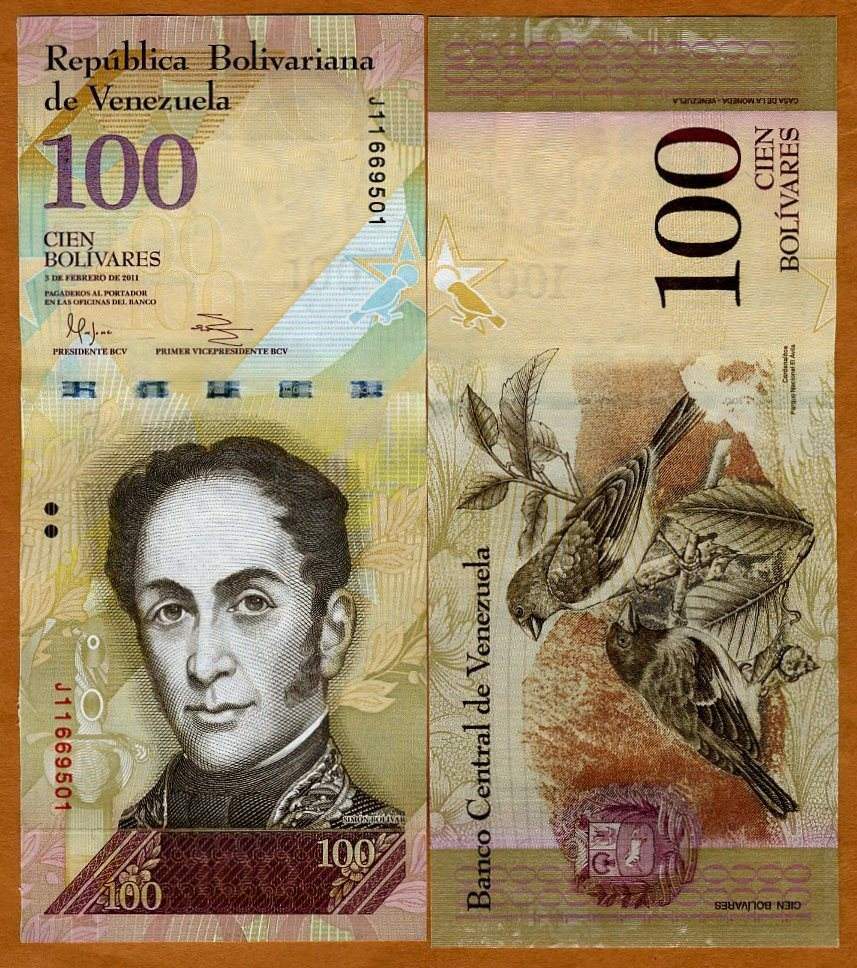 Economists with Torino Capital consider that the state-owned PDVSA oil company is unlikely to default on a $1.2 billion bond payment that is due tomorrow. In recent weeks, some economists had speculated that the value of the payment along with the fact that it has no grace period might result in the company defaulting.

However, Torino Capital considers the fact that PDVSA made a separate payment worth $842 million last week as good reason to believe that it will also make tomorrow’s payment. According to the firm:

It would make no sense for the government to have made the payment [made last week] if it did not have the intention to make the payment [due tomorrow]. For this reason, we believe that the probability of default (suspension, insolvency, or cessation of payment) for this bond or any other of PDVSA’s obligations is low.

The price of cell phone plans skyrocketed today as the first of the month brought in new pricing models for for service to the communication devices. The price changes affects clients with the carriers Movistar, Movilnet and Digitel.

As with some food items and basic necessities, cellphone plan prices are regulated by the Venezuelan government. The last time that the plan prices were set was 24 months ago, making the changes that took place today indicative of the inflationary crisis that has been affecting the country over that time.